About two weeks ago, I was being driven by a grumpy man to my Russian lesson. As we drove down the road, I noticed that the entire city was being prettied up. There were banners hanging from the lampposts and giant pink flowers everywhere. Teams of workers in high-viz were painting the bottoms of trees to make them look like they’d been paddling in white water. I’ve been told that this paint is to protect them from pesticides. I asked the grumpy man, what’s going on?

As a dim westerner, I had heard of Navruz. But all I knew was that it marked the beginning of spring and that everyone was convinced that it would finally warm up once it hit March 21st. The British amongst you will be interested to know that we have had snow, torrential rain and a day-long heatwave all within the past three weeks, so we were looking forward to some sunbathing weather. What I hadn’t realised was that Navruz, the first day of spring and Eastern New Year, is as important here as Christmas and our New Year are to us.

One of the traditions of Navruz is making Sumalak, a paste that tastes like sweet liquid bread. It even has its own legend, in which a widow asked her neighbour for some wheat to feed her two sons. She added the wheat to a pot and left it overnight, but awoke in the early hours to see angels standing around the pot, licking their fingers. Upon seeing this, she woke her sons, who ate the porridge, which they named Sumalak.

So, an email was sent round hinting for someone with a garden to host a Sumalak party. And, of course, we agreed to hold it, because otherwise what would I write my blog about?

First of all, we found some burly lifters to carry a cauldron into our garden. They borrowed some bricks to balance it on our lawn and stop it from singeing the grass. It’s debateable how successful this was.

Next, the pot needed a good clean. This was obviously the most difficult job, so it had to be left to someone trustworthy and efficient.

My other responsibilities included peeling potatoes, washing bowls and washing cups. And unclogging the dishwasher when it filled with dirty, mysteriously carroty water.

Once my cleaning duties were over, it was time to start on the Sumalak! Our friend’s aunt brought round several buckets of wheatgrass which had been soaking in water for several days. The girls were given the job of squeezing the water out of it, which was incredibly satisfying. It was washed again and again and the whole process was repeated several times.

Then it was time to go to my Russian lesson, so I entrusted my friends with my camera to document the rest of the process. Apparently some stones were put into the pot and the wheatgrass liquid was poured over it. Then it was time to stir: a process which would last for fourteen hours. When you stir the pot, you are allowed to make a wish every time you touch the stones. Whoever is in charge of wishes must have had an exhausting day.

Not only did we stir, but some of our kind male Uzbek friends made us plov. First, it was down to the girls to clean the rice to make sure it was free from stones and pieces of plant. I thought I was doing a good job until a seven-year-old came to help me and pointed out some boulders I’d missed.

The evening was fantastic: we ate plov and shashlik, danced to Uzbek and European pop music and continued to stir. But, as the night wore on, disaster struck in true British fashion. It began to rain. Everyone ran to save the Sumalak from the deluge: I continued to stir, some girls ran to fetch a big piece of cloth and a wild gazebo appeared.

At 2am, it was time to cover up the Sumalak pot and wait until the morning. The sensible people went to bed. The not-so-sensible people sat up playing a card game called ‘Durak’, which translates as ‘Fool’ in English. I decided to use this as a prime opportunity to start learning Uzbek, as I was surrounded by people who were speaking to each other in nothing else. After about two hours, I finally admitted defeat, as I inexplicably began to lose again and again. I strongly suspect that not having learnt some Uzbek before coming here may have been a disadvantage…


I finally went to bed at 4.30am, and woke up three hours later. The Sumalak was already in jars on the table, and my lovely housemate, Laura (you can find her blog, The Pinch of Salt Adventures here) was already making pancakes. There was a wonderful community feeling of exhaustion as we began to tidy up the house.

So that was the weekend of the epic Uzbek cooking lesson. Without sounding too soppy, I would like to say a huge thank you to all of the local people who came to our house and shared their traditions with us. We now have jars upon jars of Sumalak in our fridge and the memory of a great celebration. 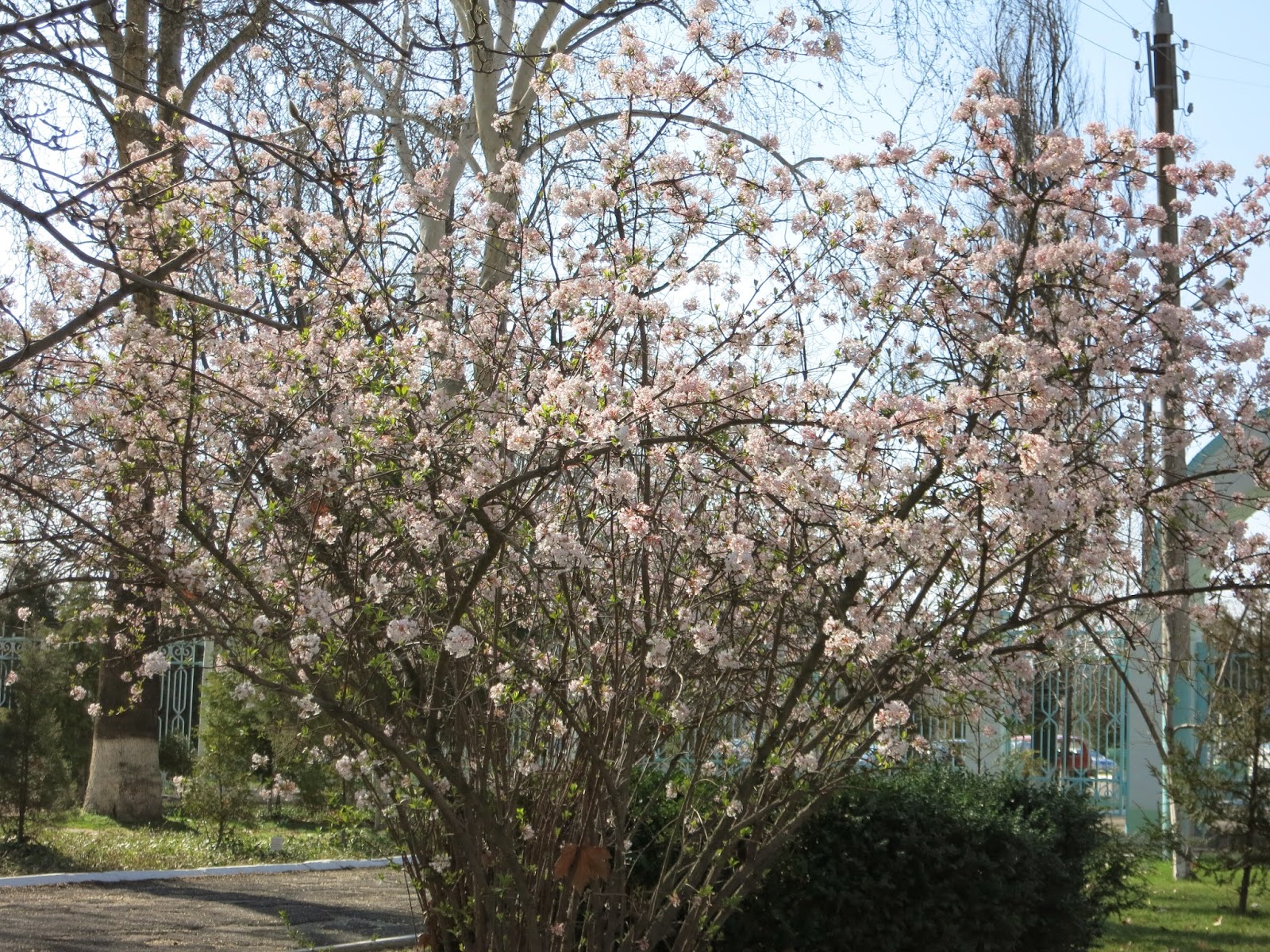